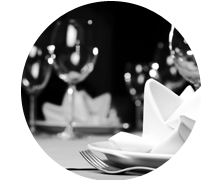 By virtue of the delicious sensations it emanates and a certain bliss originating in its swirling blue haze, the cigar expresses a genuine lifestyle. It's not purely by chance that some of its most ardent supporters have become acquainted with the cigar after a delicious meal in a restaurant.

In fact, gastronomy and cigars have many features in common – neither can be savoured without a love of food, a dash of curiosity or a hint of subtlety. And the pleasure associated with this delicious experience, which starts with the eyes and continues with the nose and then the palate, is particularly sophisticated.

Another product associated with this lifestyle is none other than perfume. The olfactory pleasures of discovery, various nuances and the secrets of preparation link the world of perfume with cigars. 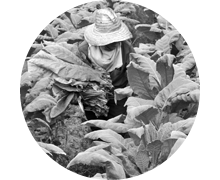 From their growth over a period of 9 months through to harvesting, leaf after leaf, from the slow drying process through to fermentation, tobacco leaves used in cigar production are continuously sprayed, protected and even "nurtured" by growers. The tobacco leaves are tended lovingly in an attempt to create this unprecedented aromatic feat, which makes all the difference in terms of taste.

With their acidic, woody, chocolate-flavoured, vanilla, leathery, resinous, earthy, spicy, plant or carnal scents, the notes of these exceptional materials conjure up the sensuality and infinite variety of the flavours and aromas of fine cigars, which set the taste buds tingling and bewitch the nostrils. 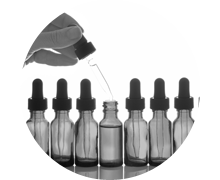 It is precisely this parallel between the nobility of the raw materials used in its fragrances and those implicated in the manufacture of the finest cigars that has led Parfums Parour to create a range with a totally unprecedented concept, namely: the "CIGAR Premium Collection"

Inspired by the long, laborious processes that have to be carried out before the famous cigars can be boxed, the 9 fragrances in the "CIGAR" selection pay homage not only to the soil but also to the know-how and traditions of perfumers and cigar manufacturers

From the composition of the formula through to its maturity via numerous tests in search of perfection, Parfums Parour shares the same requirements.